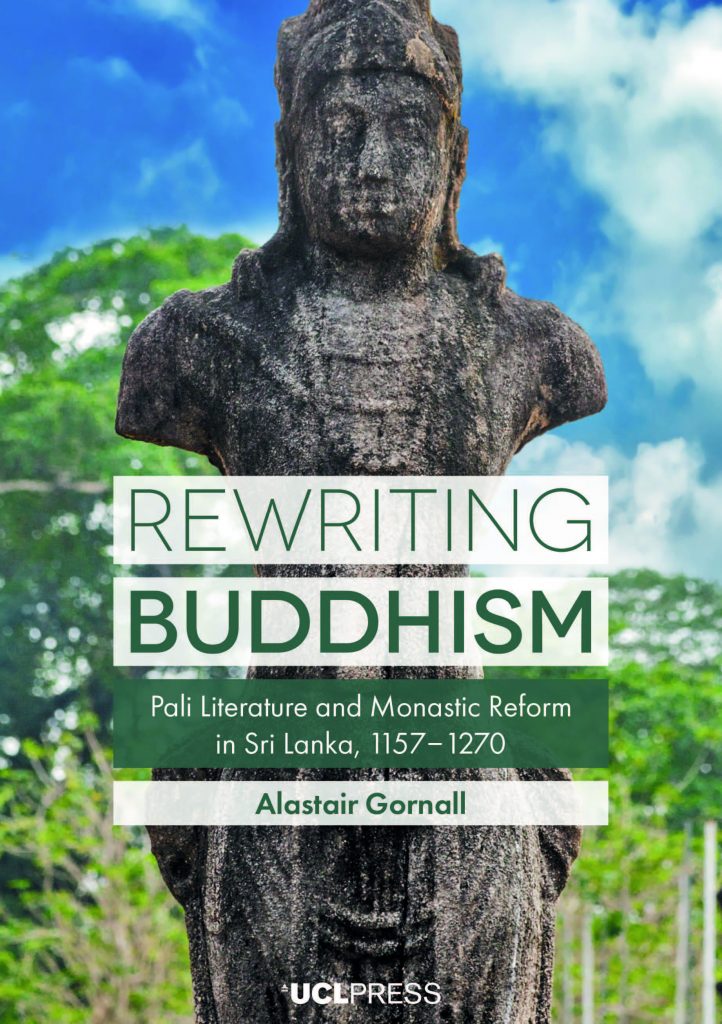 Rewriting Buddhism is the first intellectual history of premodern Sri Lanka’s most culturally productive period. This era of reform (1157–1270) shaped the nature of Theravada Buddhism both in Sri Lanka and also Southeast Asia and
even today continues to define monastic intellectual life in the region.

Alastair Gornall argues that the long century’s literary productivity was not born of political stability, as is often thought, but rather of the social, economic and political chaos brought about by invasions and civil wars. Faced with unprecedented uncertainty, the monastic community sought greater political autonomy, styled itself as royal court, and undertook a series of reforms, most notably, a purification and unification in 1165 during the reign of Parakramabahu I. He describes how central to the process of reform was the production of new forms of Pali literature, which helped create a new conceptual and social coherence within the reformed community; one that served to preserve and protect their religious tradition while also expanding its reach among the more fragmented and localized elites of the period.

Praise for the book

‘This original and learned work not only constitutes a major intervention in Buddhist studies but also “rewrites” the history of Sri Lanka, offering a major rethink of a pivotal period in the island’s history and of the Theravada tradition more generally. It deserves to be widely read.’ – Alan Strathern, University of Oxford

The book is available free from: www.uclpress.co.uk/buddhism

About the Author
Alastair Gornall is Assistant Professor in the Humanities at the Singapore University of Technology and Design, Research Associate in the Department of the Languages and Cultures of South Asia at SOAS, University of London, and was 2018 Robert H. N. Ho Family Foundation Research Fellow in Buddhist Studies.