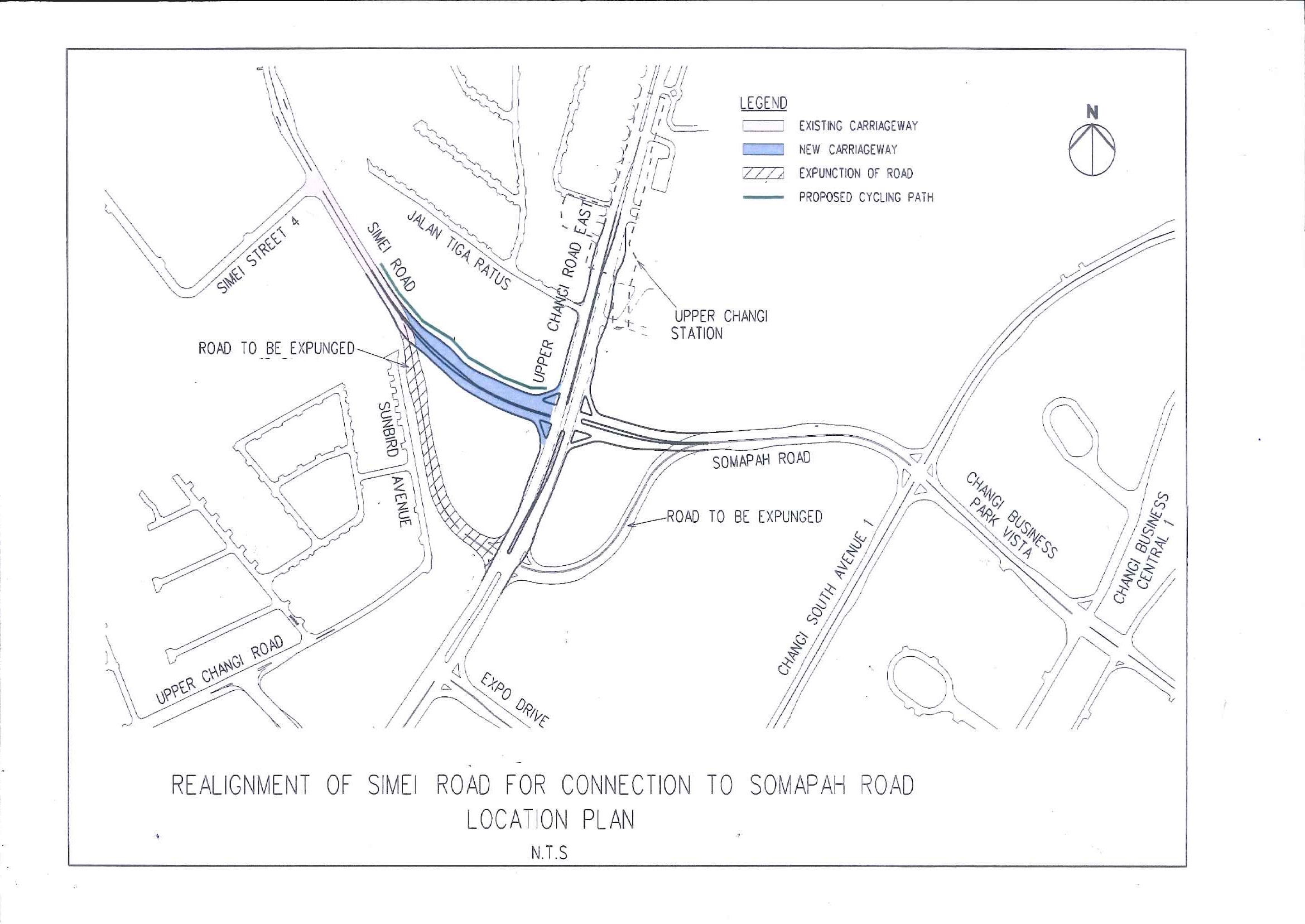 What do we know about Somapah Road? Apart from a middling knowledge of a few grisly WWII vignettes about Sook Chin and Upper Changi Road, most of us will be floundering for any information about this road. But do we know about its distinctive “curve”? Just as European visitors to the Exposition Universelle of 1889 in Paris commented extensively on the curves of Balinese dancers in the Dutch kampung exhibit (Bloembergen, 2006), visitors to SUTD (from Jan 2015 – Sept 2017), had also much to say about our curve, albeit in a different manner. I have evidence, on good authority, about one parent who complained, much to the mirth of his daughter, that the curve of Somapah affected the driving of his Porsche. Jests aside, as prominent Thai historian Thongchai Winichakul (2009) once postulated about the contentious process by which Thailand came to delineate its borders via modern maps, we can similarly talk about how literally the “curve” of Somapah has gone or been “rationalized” with the march of progress. At least one resident public intellectual in SUTD has tried his level best to argue for the retention of the curve as it partially traces the intersecting boundaries of two villages (Somapah Village and Mata Ikan Village) long gone to our Singaporean authorities, but to no avail. 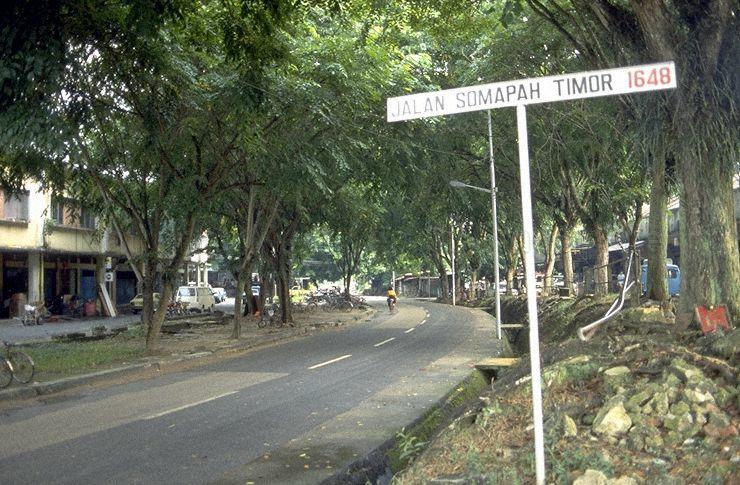 When the Downtown Line opened officially on 21 Oct 2017, Somapah Road had been “straightened” a couple of weeks earlier. So while the curve of Somapah generated a lot of “chatter”, the contrasting deafening silence in the aftermath of the rationalization of its curve is indicative of how we Singaporeans march lock step with modernization à la the Max Weber’s Iron Cage way. With every “straightening” of any curves, we seem to lose a little of ourselves.

But who exactly is Somapah? At least six prominent sources are available. Kandasamy Ratnam, a descendent of Appasamy Kandasamy, published his family history, Singapura at the Turn of the Last Century (2017), online and it has a couple of relevant chapters; National Library Board’s Infopedia has an entry “Somapah” (2016); local geographers Victor Savage and Brenda Yeoh’s Singapore Street Names: A Study of Toponymics (2013) has a single entry; curator Nalina Gopal has published a short essay on Somapah’s son W.L.S. Basapa (2013); the Basapas family maintains the site, “The Basapas of Singapore” (2010) http://www.singaporebasapa.com/Welcome.html; and finally a documentary “Pioneers of Singapore” aired on Singapore’s TV channels in the 1990s. Impressively, our prime minister Lee Hsien Loong, in his speech at the Opening of the Indian Heritage Centre on 7 May 2015 even cited Somapah once: “There had been many others as well, Mr Hunmah Somapah, Rajabali Jumabhoy, etc. We might not remember their names, but their names are inscribed in many places all over Singapore.” 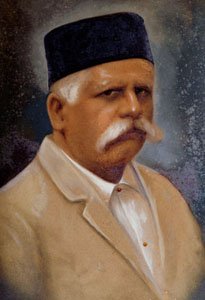 It turns out that the eponymous road was named after Hunmah Somapah (1870 ?- d. 1919), who was locally educated at St Joseph’s Institution. His father Hunmapah (d. 1906), was a skilled migrant from Mysore, India. According to the official website maintained by the Basapas family, the status of Hunmapah, whether he was a former convict or skilled laborer was a contentious issue. Was Hunmapah a victim of a family feud? Was he a political detainee who ran afoul of British authorities in the British Raj? These cannot be determined, but when Hunmapah died in 1906, he had “three adjoining properties along Race Course Road (numbers 35-39) … [and] several more properties.” Somapah, who had been working at the Singapore Municipal Commission for twenty years as a bill collector and cashier, resigned upon his father’s death to go into private business as a broker and commission agent. Apart from managing and expanding his father’s properties, Somapah transformed himself into a shrewd businessman and a respected leader of his ethnic community. As a former civil servant and comprador, Somapah was wise in the ways of his colonial masters. He lent his social prominence to causes central to his ethnic community by lobbying the Governor of the Straits Settlement, Arthur Henderson Young, for Deepavali to be recognized as a public holiday. He also indulged in extensive philanthropy. Free meals for the poor were started at the Sri Krishna Temple; in fact, Somapah Village, where SUTD now stands, was a low rent housing project. When he died in 1919, he left an estate that was estimated to be a princely sum of ten million dollars.

Somapah’s Horatio Alger trajectory is illustrative on many levels about life in colonial Singapore and the Straits Settlement. Social mobility was rapid. Within a generation, with useful business ties to the colonial establishment (he was after all a bill collector), shrewd investments (he was also a part time broker even when he was working at the municipality), and calculated land purchases at the periphery of Singapore (Somapah purchased extensive tracts in the underdeveloped east of Singapore: Punggol, Changi, Paya Lebar and Tampines), a second generation migrant could amass a fortune that was unimaginable by today’s standards. (Who says only Hong Kong can produce Li Ka-shings?) If the Americans have their old moneyed families such as the Astors, Delanos, and Cabots, it stands to reason that there were bound to be similar tales of conspicuous consumption (similar to stories during the Gilded Age) to the order of gargantuan proportions for the Somapah family. Indeed, Somapah’s son William Lawrence Soma Basapa (1893-1943) was famous for maintaining a world renowned zoo at Punggol for close to two decades! 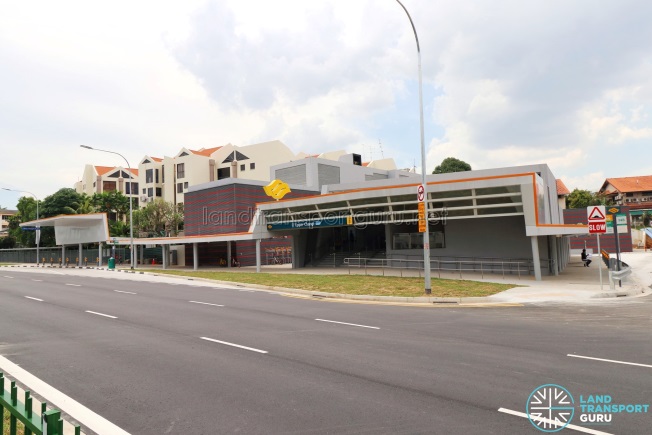 How we define ourselves as a country is inadvertently rooted in our perceptions of the past. (For instance, I have not even gone into other histories of Somapah Road!) But the signs of change are in the wind. The proverbial Habermas-like civil society has increasingly taken a participatory role in museum exhibits, public commemoration and history making from the ground up, especially in oral history. Even our nascent SUTD library has embarked on an archival project documenting oral history of staff and students. One hopes that one day a grant can be given to archive a broader realm of history that extends beyond SUTD’s ivory towers. Our university sits on unspoken memories, dreams and struggles. In other words, it is the stuff of human experiences, specifically – nation building; to document these silences (Trouillot, 1995) will be the best gift for our students and future generations. May we live in interesting times!

Habermas, J. (1991/ 1962). The structural transformation of the public sphere: an inquiry into a category of bourgeois society. Cambridge, Mass: Massachusetts Institute of Technology.

Ratnam, Kandasamy. (n.d.). Singapura at the turn of the last century. Retrieved February 01, 2018, from https://singapurasite.wordpress.com/

Winichakul, T. (2009). Siam mapped: a history of the geo-body of a nation. Honolulu: Univ. of Hawaii Press. 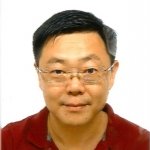